Starting October 5th at 8pm ET, 8 episodes of Project Cook-Off will be on The Outdoor Cooking Channel.

Each episode features culinary battles in different categories, from Burgers to Bacon, from BBQ to desserts with the cameras following the competitors as they struggle to make it to the top ten for a chance at the grand prize. The episodes chronicle the background of the teams with character vignettes that display each team’s individual struggles, their desire to be the best, and the addiction of winning…
At any cost.
Complete with in-studio, on-the-fly interviews, team-operated confessional cameras, and voice-over throughout the competition, Project: Cook-Off is a deep dive into the “real” world of competition cooking.

This series is a mix of equal parts “follow” documentary and competition show. It is an insider’s point of view of the sub-culture of competitive cooking. It gives the viewer an insight into the people that food fight for a living and the reasons they choose to risk it all.
From the Gouda Girls to Shubee Shack… don’t fall in love with any one character/team too quickly, because you never know just when they may be eliminated. On the other hand, your favorite may just go all the way!

And at the end of the day, one winner will hit the jackpot in Vegas. 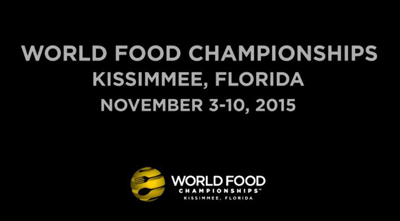